Me and my boys, Frankie, G-Man (Gary is no longer Jew Boy, G-Man it is!) and Lucki Duck played some poker last night and it wasn't pretty.

We played (3) one table games.

Game 2 - $5+.50 (9) person
Lucki Duck was out early when his pocket aces were cracked by pocket queens.  Duck raised, and the bad guy re-raised to 510 chips.  I was next with pocket nines, which I folded....then the two of them were all in.

Gary was doing fine chipwise, but called a big raise with Jack Ten.  Flop was 10, rag, rag.....all in, and his opponent had an ace, which turned into a pair of aces on the turn.  Bu-bye G-man.

I saw alot of bad beats so I dunno which happened here, but rest assured I didn't cash.

Frankie came in 3rd....only one of us good guys in the money.

Game 3 - $5+.50 (9) Person
It sucked!  My only bad play of the night was my last one.  Calling an all in against a guy who had two pair....and I had middle pair.  Really dumb, but at that point I had so many terrible beats I was frustrated.  Plus the flop was 8 high and thought I was okay.  Then G-man was out, and then the Duck....again just horrible beats.

Frankie held on and played steady solid poker....plus he had me to keep him company and urge him on.  I tend to be a good luck charm....he was a little shortstacked but doing fine.

Then they were down to two, so I wanted to offer Frankie extra incentive to win it outright.  Hmmmm, I racked my brain thinking what carrot can I offer?????  Came up with my good home cooking, but he's too far away.  Thought of a few other things too, but he's so young.  I can't corrupt him.  Then I thought of it!

My write up!  A favorable write up by Very Josie!  Who wouldn't want that! It obviously did the trick because Frankie won first place in game 3.  If he didn't I would've hit him with a hanger. ;)

Frankie was the hands down winner, and he's my winning horse for the next Very Josie, might I add.

Fun freaking time.  It cost me $24 for the fun time, but it was totally worth it.  I just feel bad for the 5 other guys at the table who had to endure my presence long after I was knocked out.

If any of you guys can offer details of your demise, or details in general, please comment, as I need the help.

fmarra17 said…
Last night was a lot of fun! Although it is really hard to type, keep up with the conversation and play poker, but it was well worth it. It sounds like to me the best thing we got accomplished last night was that Gary was anointed with a nicer nickname!!

The write up Josie promised was great, but I still wouldn't mind a FedEx box with a container of her sauce. Now I have joined the club that Gary & Coop reside in, I have some of Josie's money!! She is going to have to work hard to get it back!!

As far as my bad beat, it happen in the 1st game. I had about $1000 in chips left and the blinds were starting to get big. I looked down and I had pocket 6's. Someone went all in and I called, he had AK. The flop came and there was a 6 in it so I now had trips. There was a Jack in the flop but I wasn’t worried, How wrong I was!!! There were 2 runners and I was rivered with a straight.

The turbo format we played in the 1st game I kind of had to shove all in with the sixes but it still hurts when you flop trips and lose.

It was a really nice to get to play with Gary, Duck & Josie. The conversation was so funny with the 4 of us that poker almost became secondary, almost.....

Now that Josie did the write up I wonder how she will give incentive to win when we play in our next tournament....Stay tuned…..I just hope it doesn’t include the hanger or do I….
April 26, 2010 at 9:13 AM

re: fedex container of sauce....it takes me all day to make, slow and steady....but very worth it.

And you're in Coop's club, but not Gary's! Who said that guy had my money?

Thanks to VJ, G-man and Franco for an entertaining evening :o)

Josie said…
Duckhead (change the u to an i please)

dbcooper said…
Congrats Frankie. Glad to see you cashed. Nice to have Josie money right?? I wish I could say the same. I did have Josie money but now Fulltilt has Josie money and me not able to access it. I was going to come online last night and watch or I would have played the second or third tournament but I am locked out. Sob Sob
April 26, 2010 at 12:02 PM

Lucki Duck said…
Ok VJ, you are LINKED on my "Full Tilt" article.

Never forget that old age and treachery will overcome youth and skill.

Last night was alot of laughs - thanks for that too....notice how nice I'm being? Yep it's be nice to Lucki Duck week!

Popular posts from this blog

August 21, 2012
First of all, thank you to Jon for being the first to wish me a Happy Birthday on this blog. Yes, it's my birthday and yes, I'm fucking old. STFU. Not only am I working on my birthday, but guess what I'm doing at lunch time today? I'm going to the post office to ship brownies to a grumpy person! There's some irony for you. Oh and Lindy was 100% right. After the brownie batter was scraped into the baking pan and in the oven....the brownie covered bowl and spoon were calling me and yep, mmmmm I had a taste. Frigging yummy! Oh and I hada brownie after they were done too. It was almost my birthday for Pete's sake! They're delish. So I'm in the elevator of my building riding up to my office this morning and there's an unfamiliar man in the elevator with me, going to a different floor and he says to me, something like: "It can't be that bad, why so glum?" (this is just me in my early morning/precoffee/anti-social stance) Fo
Read more 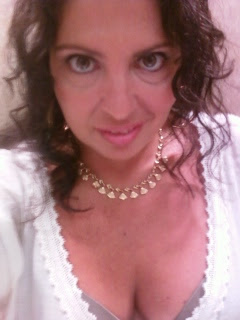 I was witness to a particular bit of douche baggery at Foxwoods on Saturday night that bothers me. Believe me when I play a tournament I'm very competitive and will do anything in my power to win, but I want to win because I earned it not because I'm a douche bunt. What, you've never heard the term douche bunt before? That is an old nickname of mine, coined by none other than Gary...The Crafty Southpaw. Gary started calling me Douche Bunt because, as he put it " for when douche bag or cunt just aren't enough". He combined the two terms just for me! Ain't he sweet? He then shortened it to DB and hasn't used it in a while, I'm happy to report. Anyway, let me tell you about this douche bunt move I witnessed. I was in the 8 seat, while the 10 seat and the 3 seat were in a big hand. Mr. 10 Seat was a regular and sort of recognized me as having played with me before and started chatting immediately in a friendly manner. He was in the proce
Read more

Lose Your Lips Must Die

January 25, 2021
Friday I played a double header in SmBoat Drinks' poker league on Poker Stars. 7:00 Early Bird Special Seven Card Stud I suck at this because I never play it.  I never play it because I suck at it.  What came first, the chicken or the egg? I dunno, but where it was only $10 I figured I'd give it a shot.  It was a great game.  I get it now.  I get the strategy and how to play.  So much so, I wouldn't mind playing again.  That's the good part. Here's the mutha fawking bad part.  I came in 4th place, the bubble.  I had also bubbled the previous night.  Grrrrrr I played for over 2 hours only to bubble and the good tournament was starting soon at 10pm.  Fun time. I was never shortstacked in the 10pm game.  In fact, I stayed in 1st - 3rd place for most of the tourney.  I did my thing, ruthless attacks, and putting my fishponents on edge - making them face tough decisions.  The more you make your opposition make tough decisions, the more you win. So I played this mofo for
Read more