Lose Your Lips Must Die

It was a great game.  I get it now.  I get the strategy and how to play.  So much so, I wouldn't mind playing again.  That's the good part.

Here's the mutha fawking bad part.  I came in 4th place, the bubble.  I had also bubbled the previous night.  Grrrrrr I played for over 2 hours only to bubble and the good tournament was starting soon at 10pm.  Fun time.

I was never shortstacked in the 10pm game.  In fact, I stayed in 1st - 3rd place for most of the tourney.  I did my thing, ruthless attacks, and putting my fishponents on edge - making them face tough decisions.  The more you make your opposition make tough decisions, the more you win.

So I played this mofo for a hair less than 4 hours.  I took out my boy SmBoat Drinks, like I usually do ;) and then finally I was heads up with Lose Your Lips.

Winner gets a "bracelet" a lot of points, and entry into ToC.  I already had one win, and LYLMD had 2.

Oh how I wanted to even things up but nope.  We didn't last heads up long.  I played a little suited connector, 5/4 hearts and hit 2 hearts on the board.  The river came a 3rd heart onto a paired board.  I jammed all in and of course he called with a full house.  ffs! gg very josie.

I'll get my revenge tonight.  I have one target, LIPS.

Yes, you can play on stars but not for money. Just for play money, which isn't the same at all. In fact it sucks. The only reason I'm able to play on stars for this stuff is because Boatie set it up as a home game and everyone ships the money to him and he ships out the winnings.

Tony Bigcharles said…
only reason i knew this blog was up and running since u wont discuss it on your twitter is because Vince mentioned it to me in a text. (he seen the link to it on my blog roll)
January 29, 2021 at 12:54 PM

Popular posts from this blog 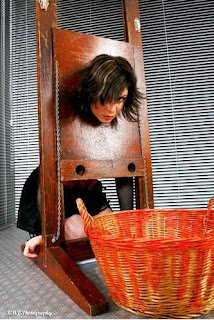 Ever feel like your head was on the chopping block?  I kinda feel that way right now.  I just got knocked out of Game 1 of Donkey Island....during the rebuy!  I didn't click the rebuy button quickly enough cuz I was chatting and all of a sudden I was out.  OMFG!  I wanna kick my own butt for such......negligence. Please do not vote me out.  I will win The Mookie to make up for it. Speaking of butt kickings......Miami Don's ass needs one BAD.  Why is it that every other message from this dude is about how much he loves me, yet he played the SHITTIEST cards against me and sucked out like a $3 hooker.  Again and again.  Donnie, you just better hope I'm not at your table for the next month.  It'll take me that long to cool down. While I'm in rant mode....Go ahead and check out   THIS VIDEO .  I somehow don't think Buddy would've shown me as a goombah and an oompah loompah if it weren't for...... I blame YOU. I'm going to bed. Josie PS...
Read more

August 21, 2012
First of all, thank you to Jon for being the first to wish me a Happy Birthday on this blog. Yes, it's my birthday and yes, I'm fucking old. STFU. Not only am I working on my birthday, but guess what I'm doing at lunch time today? I'm going to the post office to ship brownies to a grumpy person! There's some irony for you. Oh and Lindy was 100% right. After the brownie batter was scraped into the baking pan and in the oven....the brownie covered bowl and spoon were calling me and yep, mmmmm I had a taste. Frigging yummy! Oh and I hada brownie after they were done too. It was almost my birthday for Pete's sake! They're delish. So I'm in the elevator of my building riding up to my office this morning and there's an unfamiliar man in the elevator with me, going to a different floor and he says to me, something like: "It can't be that bad, why so glum?" (this is just me in my early morning/precoffee/anti-social stance) Fo
Read more